The Guide to Liberal Hell

Fantastic article written in 2013..Probably very accurate in it's future prophecy. That being said.. It's terrifying.

The Three Types of People You'll Meet in Liberal Hell


First they came for the Cakemakers. 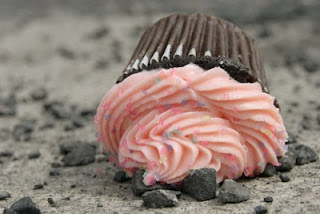 Over in Oregon, two lesbians came to Sweet Cakes and demanded a wedding cake. The owner let them know that he only does cakes for men and women looking to get married. No sooner did the door close than the Oregon Department of Justice, which had already solved all the other crimes in the state, began an investigation. Aaron and Melissa Klein, their 3 kids and their little cake shop (caramel pecan cheesecake available) had run afoul of the political establishment. "I'd rather have my kids see their dad stand up for what he believes in," Klein said, "then to see him bow down because one person complained."Bowing down is the expected position these days. You either bow down or get fined and prosecuted to death.The latest wave of laws on abortion and gay marriage are meant to make it impossible to hold beliefs, religious or otherwise, in contradiction to those of the state. That's a somewhat new phenomenon in the United States, but a familiar one in Europe. And the consequence of these Orwellian measures is the stratification of these societies into three categories.The Party - This is the group whose dogma is legislated into law in a thousand formal and informal ways. Its members may belong to the government or non-profits that act as a collective political movement pushing to enact and implement even the most radical elements of that dogma. Or they may still work actual jobs. But it doesn't really make much of a difference.Members of the Party are a minority, but they are the vanguard, the ideologically committed core that acts as the ruling class and the force for political conformity. Party Members report thought-crimes to the government, swarm as morality mobs to shame and denounce dissenters and campaign and vote for tighter restrictions and harsher penalties.The Party is inflexibly liberal. It hasn't formed into a single group yet, but in its scattered pieces, it is the nexus of the American version of the Bolsheviks. In some European countries it already is a party with its own attached youth movements.And one of the benefits of Party membership is virtual immunity from its own laws.  Being a Party member allows you to have the racial sensitivity of Harry Reid, the sexual harassment cred of Bill Clinton and the environmental correctness of Al Gore's mansion, jets and Al Jazeera sale.The law is enforced by Party members on the People. It is infrequently enforced by Party members against fellow Party members.The People - For the most part the people neither fully accept nor reject the agenda of the Party. Some of it, mainly the parts about a social safety net and tolerance, sound nice to them, though they also don't care much for the implementation of it. They are concerned about the deterioration of their societies, but fail to make the connection to the liberal social policies that flood their cities with immigrants and favor criminals and dole-hounds.As the Party gains more influence, the People have largely learned to keep their heads down, to mumble the right slogans that are repeated on the evening news and to stay out of trouble. The People care very little for politics. They distrust the agendas of everyone running for office, but they have been largely taught to vote their very short term economic interests. And while they won't call and inform on dissidents, they believe that most people who get caught up in the Party's web could have avoided it by keeping quiet.The Ghettos - Party law applies to those within the system. It does not however venture where the law does not go. 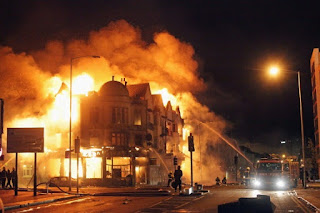 The rule of the Party creates three tiers. Those of the Party, the People and the Ghetto. The law only applies to one tier. That of the People. It does not apply to the Party because it makes the laws. It does not apply to the Ghetto, because the Ghetto does not follow the law.The Ghetto is any tight-knit community with a common ethnic or belief system that maintains group solidarity and is capable of violent protests or mass civil disobedience. Some Ghettos belong to minority groups that are allied with the Party. Other Ghettos however are not. What they all have in common is that they are not really part of the country or culture.Amish communities in Pennsylvania or Dominican communities in New York are all ghettos. So are Orthodox Jewish enclaves in upstate New York and some rogue Mormon communities in the west. These groups have little in common except that for one reason or another, they are outside the mass culture and answer to codes that transcend those of the state.The Ghetto is not necessarily a bad place. That varies widely with its inhabitants. But it is a traditional place. It is usually more religious, much less modern and disinterested in the agenda of the Party. It is a state within a state. A small autonomous territory where people live differently. Ghettos enjoy varying degrees of immunity based on their political alliances and their capacity for violence. The Amish, who are non-violent and not politically connected, have a limited immunity. The Muslim ghettos of Europe however are highly violent and very politically connected and therefore enjoy a great deal of immunity.The P.C. police are not likely to storm into a Muslim cake shop because the owners refused to sell to a gay couple. And on the rare occasions when they do, the whole thing usually ends badly because both the Party and Muslims wield the core tool of enforcement, which is force.The Party is not only run by cowards who aren't good for much except browbeating cakeshop owners who don't sell cakes for lesbian weddings, but it also needs votes from the Ghetto in order to maintain its dirty little grip on power.This brief map of Liberal Hell is where First World countries are headed. In most of them, two sets of territories are growing.The gentrified territory of Party members is growing, as they are vomited out by universities to move into working class areas where they then complain incessantly about apartment prices and how the area is losing its working class character.The Ghettos are growing, as members of enclaves that are almost always patriarchal in nature have high birth rates and are willing to live in places where no one else is or to standards that no one else is willing to live by. And immigration is continually creating new enclaves and new ghettos for new groups. The territory of the People is shrinking as they are crowded out and priced out. On the top side, their children are transformed into Party members by the educational establishment whose mission it is to recruit and indoctrinate. At the bottom, their jobs are wiped out by environmental regulations, their neighborhoods are turned into ghettos or gentrified, and they are forced off the land and into public housing or into trailer parks.In Liberal Hell, the future belongs to the Ghetto, which is expanding much faster than the Party, because its residents have children instead of lesbian weddings. The Party knows this and is deeply in denial about it. It spends its time terrorizing intolerant wedding cake shops instead. The only real question is which Ghetto will it be?In Europe, the demographics point to the triumph of the Muslim Ghetto over the Eurocrats, thereby repeating the Islamist victories in the Arab Spring over Arab Socialists in the Middle East. In the United States, there is no such simple victory, but if the demographics keep trending the way that they do, the United States will become part of Mexico with the same politics and public safety.That may not however be the end of the story. Anyone can form a Ghetto and some among the People may find that they have no other survival strategy but to form them, thereby completing the country's balkanization and disintegration.The Mormons came out of a small religious movement that exploded into huge numbers over a small period of time. The modern Utah is no longer a Mormon Ghetto and has lost most of its immunity from the political establishment, but in a period of social and economic unrest it is not at all hard to imagine that some other presently obscure group, or a dozen of them, will form its own close knit communities bound by religious or ethnic solidarity. And if they make it into the millions, then the disintegration of the United States will rush forward at terrifying speed.If the People cannot defeat the Party, then the Government Class will go on consuming the Working Class leaving the People with few options except the Ghetto. In a society where the law is breaking down, the only law that matters is who you know. That leaves membership in either the Party or the Ghetto, either the State or the state within a state. 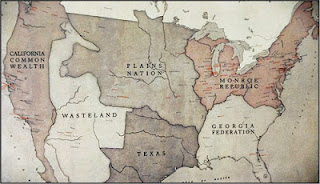 It's not a pleasant development and yet it is an inevitable one. As the family continues to break down, society will go on disintegrating into affinity clubs (social, political, hobbyist connections) and more basic tribal ones. And the tribal ones are more likely to be there for you than the affinity groups or the State. Tribalism is poor in wealth, but rich in social capital, which is a real and vital safety net that is far less likely to break down than the trillion dollar boondoggles run by the Party.Liberal Hell is unsustainable. The question is not whether it will collapse, but when and how. If it isn't overthrown politically, then it will melt down into the usual vicious little tyranny and then a dynasty and then a wall covered in graffiti being torn down by the angry generations who were forced to live under it. But the modern American and European versions won't last that long because they run under multiculturalism. And that means the Eurocrats and American Liberals won't last long enough to watch a tank ram into Congress or see their wall come tumbling down. It's the Ghetto that will take everything they have built and make it their own.The final course isn't set yet. The People may still wake up and the Party Members may find themselves shining shoes and writing bitter poetry about the bourgeois that no one reads. But if the People don't wake up, then the future is not a cake shop that caters to lesbian weddings by law, it's a cake shop that doesn't follow any laws and that sells cocaine under the table.
Posted by Aaroncoal No comments: Links to this post