Shut The Government Down

Shut it down.. If not for any other reason than to let the ill-informed democrat voters know that the republicans did what they could to try and stop Obamacare.. That way when the kool-aid drinkers wake up to find out they got taken, they know who to put the blame squarely on.
Posted by Aaroncoal No comments: Links to this post

* We have a lot of bombs just sitting around. George Bush told him the rule is Use em' or lose em'.

* He has yet to completely fulfill the hypocrisy requirement that goes along with receiving a Nobel Peace Prize.

* It seems to be a bad idea, and that makes it kind of seem like a good idea to him.

* He already solved the economy thing, and playing UNO with Biden in the Oval Office is getting boring.

* Michelle would like to start her school lunch program there. Kids in Iran are pretty skinny.. but they could always be skinnier!

* Syria refused to get bombed for some reason.

Why Is Obama The Only One Gunning For War?

Obama, the Nobel Peace Prize recipient, seems hellbent on striking Syria. Most of the U.S. and the world see no point in aligning ourselves with Al Qaeda so that we can lob some grenades at Assad.

Apparently Obama doesn't understand the concept of getting out of the way when your enemy is destroying your other enemy.

But more likely, he can relate to Al Qaeda. I mean this is the president who befriended one of the worst domestic terrorists in our nation's history. Bill Ayers was his mentor. Why should we be shocked at anything this president does to align himself with rebels and bad men in general?

Besides, he did the same thing the rebels are doing in Syria, except he took a different route and imploded our nation from within using anti-growth policies and Obamacare to cripple us.. and when Obamacare begins like a computer virus he will see his full dream realized.

Now, Obama got out-smarted by Russia because Syria has agreed to Putin's plan. So the president looks like an utter fool on the world stage. But part of me thinks he has never cared what he looks like to anyone at anytime.. because he does whatever he does with full immunity in the American press and his political allies who are willing to watch the nation crumble in exchange for power and money that are handed down from the top through kickbacks and "opt outs" of Obamacare.

The question left is how do lefites, who claim to be about peace more than anything, and stood in protest every time George W. Bush even talked about the Middle East, now just give a full pardon to the current president who is just as much a war-loving country meddler that Bush was, without the charm or guts.

I've tried and tried to share this with my customers... When you buy a Dyson, you are paying for a name, and not much more.

* Ariel Castro hung himself this morning. The women he held captive endured 10 years of his nasty rape and garlic and Chalupa breath all while tied up. He couldn't even make it a month. How's that for coward of the year?

* I'm married now, so I own lots and lots of pillows for some reason.
Posted by Aaroncoal No comments: Links to this post 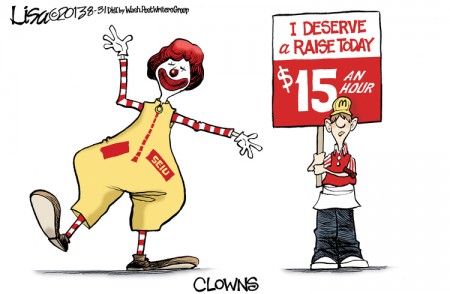