* If I had won the 640 million dollar lottery, the first thing I would do is pay my gas and electric bill. Then I would move into a modest $120,000 house, a mid-range $35,000 car, maybe a new computer.. and that's about it. Oh.. and a whole warehouse filled with candy, go-karts, and trampolines.
* All those voting for Obama this year are either completely okay with giving up their personal freedoms, or they simply are riddled with Stockholm Syndrome.
* A former professor of Obama came up with the theory that white people are intrinsically racist and there is nothing they can do about it. We are born with it. He may be right.... I have vague memories of when I inadvertently was the grand wizard in our neighborhood Kids Klux Klan Klub. We might in Billy Johnson's treehouse.
Posted by Aaroncoal No comments: Links to this post

Oh The Irony: George Zimmerman Is a Democrat

It turns out that George Zimmerman, who’s now apparently the James Earl Ray of a new generation because Jesse Jackson, Al Sharpton, Barack Obama and company thought they could score points off inserting themselves into an extremely ambiguous criminal case, is a Democrat.

This is highly ironic in a number of different ways, isn’t it?

First off, how do you blame conservatives like Rush Limbaugh for Trayvon Martin being killed, as they have on MSNBC, when the shooter was a Democrat?

Next up, if you listen to Democrats, they’re acting as if Zimmerman is a horrible racist who killed Trayvon Martin for being black. Yet, he’s a Democrat. How can that be? Because I thought only Republicans could be racist?

Last but not least, don’t liberals incessantly tell Hispanic Americans that conservatives are racists? Yet, we have a lynch mob hatefully bearing down on a Hispanic American who may have just been defending himself and liberal Democrats are the ones leading it and declaring him guilty without a trial — while conservatives are saying, “Let’s find out all the facts before we render any judgment here. We want Trayvon Martin to get justice, but George Zimmerman should have justice, too.”

The guy in Florida should be charged with at least manslaughter. Everyone who owns a gun and who understands the law knows that you do not follow someone who is suspicious. Your only right with that gun is to take a defensive stance to protect your self or your family. You are not the police. And I think there needs to be consequences when a gun owner violates those rules.

I really hope they don't riot over this. It was a horrible tragedy what happened. Nobody wins. But if we start having riots, everyone loses. Unfortunately, tragedy is a part of life. Life is often cruel and uncaring. God, is ALWAYS fair, just, and true.. no matter the circumstances.
Posted by Aaroncoal No comments: Links to this post

How Unions Control MMA In NY

Was The Iraq War Justified?

Below is Archival footage married with part of a Christopher Hitchens speech, showing Saddam Hussein's final purge of the Iraqi Baath Party leadership. You'll notice a couple of small details are different than Hitchens remembers. The audience is larger, and the confessor does not come in wearing chains (metaphorically, perhaps, but not literally.) We don't know exactly how many hundreds of party members were killed in this purge in the whole of Iraq, but of the 68 taken out of this room on July 22, 1979, at least 22 were executed (by their fellow party members). Sadly, the bloodbath for Iraqis and the region was only just beginning.


Whether he had WMD's or not.. George W. Bush did a good thing by taking him out and Iraq is better off today.
Posted by Aaroncoal No comments: Links to this post

In a striking blow this week to the gay community. 80's sitcom star Kirk Cameron let loose with the idea that he thinks homosexuality is a "sin" and "unnatural". I can't imagine anything more devastating to gays all over the world. And worse yet, Cameron is a Christian!

Ok, honestly, did anyone think Kirk Cameron thought homosexuality was 'neat-o' or a 'sweet deal' or 'pure as the driven snow'??

Let's set aside for a second the fact that Cameron was 100% right. If you are a homosexual and you are calling "hate speech" on an 80's sitcom star who you already hate anyway, what does that say about your stance, or your belief in your own lifestyle?

It would be like me getting upset that some C-list celebrity thinks organized religion is stupid? Or that going to church and praying was the cause of 9/11. One, it has no affect on what I believe because I believe what I believe is truth.. so someone making a statement to the contrary of what I believe does not change anything. Two, It's just some guy! I would carry on as usual and pay little if any attention to it.

Sometimes the reaction someone gives to opposition will tell a lot about their belief in their own morals. Is the homosexual community at any threat whatsoever by Kirk Cameron's words? Is it a great mystery that evangelical Christians think that sex outside the confines between a married man and woman is wrong? Who is this news to? Are the thought police going to come and punish Kirk Cameron for what he believes in his brain? Beliefs are sacred, You can only try to persuade someone otherwise.. you cannot jail them or beat them for stating a thought. At least you shouldn't be able to. This is America!

I'm a Christian. I believe Kirk Cameron was right on. In fact I think you can make an argument that Kirk Cameron would have been right on if he were a Darwinian Evolutionist. But that's not the point. The point is that I think we are headed to a time in America that expressing an opinion can get you punished. And that is so gay!

So challenge to gays.. Rebut Mr. Cameron, don't call him names. Tell us why he is wrong in a non-confrontational way. Show your cards. If Kirk Cameron was anything, he was loving, friendly, and articulate. Can you respond in kind?
Posted by Aaroncoal No comments: Links to this post

* It's ironic. Ron Paul followers are both the cause of Ron Paul's popularity and also the cause of his failure. The same can be said about Jim Jones.

* I think this could have been Ross Perot's year. But I guess he just wasn't the same without the admiral. Who am I? Why am I here?
Posted by Aaroncoal No comments: Links to this post 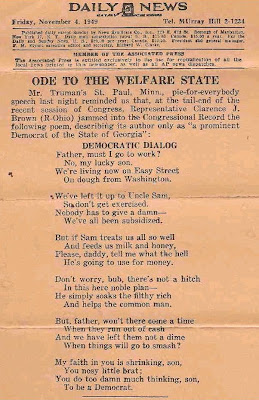 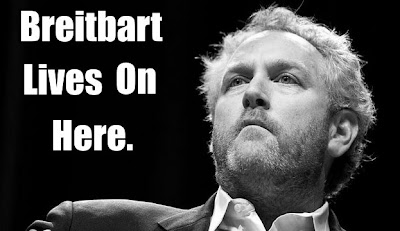 "Apologize for WHAT?"
Posted by Aaroncoal No comments: Links to this post

The Death Of Andrew Breitbart

Shocking news today as Andrew Breitbart dies at age 43. First of all, I am totally unsure of Mr. Breitbart's soul. His relationship with Jesus Christ is really the only thing that matters. So first and foremost, My prayers go out to his family, that his death might open eyes to the truth about our Savior, and our Only Hope.

Andrew Breitbart, and Matt Drudge are two of the reasons I even bother blogging in the first place. In fact Breitbart's death has me recommitting myself to blog more often. We are not promised another breath, and what we say and do in this life echoes in eternity. Things matter. Values matter. We are not just dust in the wind. We were not meant to live sitting on the sidelines. As a Christian I should know this more than I do.

So, Take the time to do what is right, every second of every day.. for we are not promised a tomorrow.

RIP Andrew Breitbart
Posted by Aaroncoal No comments: Links to this post